Mock-Fortuny pleating is featured in several Star Wars Costumes, all of them from Naboo. It seems to be a Naboo easthetic in the Galaxy Far Far Away. Unfortunately Fortuny Pleating is a lost wonder of the fashion world, in a nutshell the means to create the pleating died with Mariano Fortuny the man who invented it and as of yet has not fully been recovered. The Padawan’s Guide has already touched on the similarities between many of the Naboo clothing and Fortuny Pleating.

The Fortuny Dresses are sometimes refereed to as The Delphos Gown, and where very created to be a house dress and later a tea gown worn by wealthy woman at the turn of the 19th’s century. The wonderful thing about these original gowns is that they must be twisted into a small ball for storage, which means they take up very little room.

In Star Wars, Padme and her Handmaidens wear gowns with a similar pleating. Though it is not stated anywhere we have found yet that this was that the Delphos Gowns where an influence on the Naboo aesthetic, the light silks and unique pleating of the gowns makes a good case that they where. 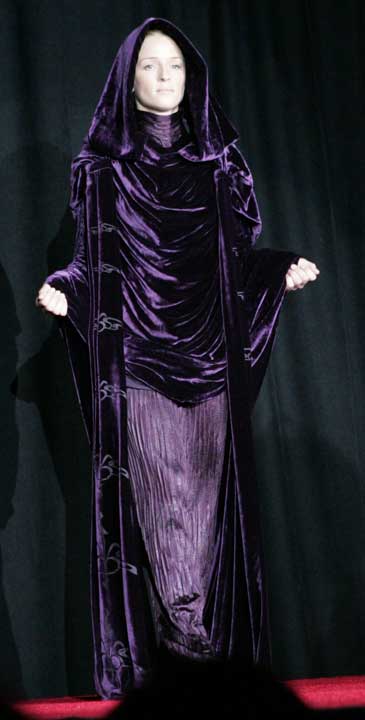 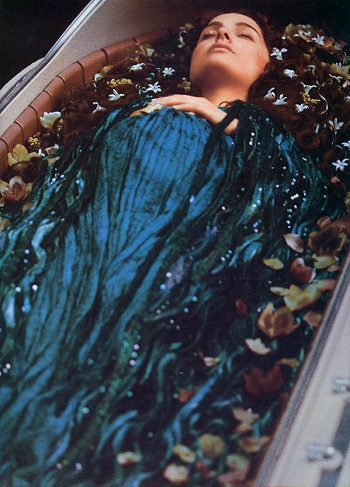 Follow DIY The Galaxy Of Star Wars on WordPress.com