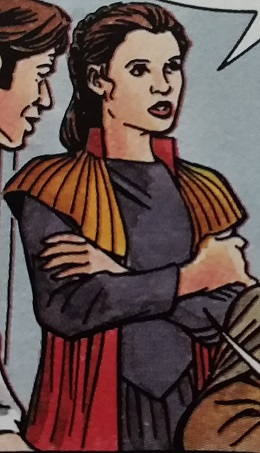 When translating an outfit from drawn image to reality it is important to look at it as not a direct translation. A direct copy will end up looking cartnoonish, and if that is not the intention for the outfit then it will not have the desired effect. Keeping an eye towards proportion will help avoid a cartoonish look, however, this also requires interpretation about proportions comic characters are not proportional to real humans. That said the comic still provides good guide lines for how the end product should turn out.

It is also important to note that when a outfit is being rendered in the drawn medium that both highlights and low lights are used to give definition to the character. (Especially in clothing that is black in color, since it would be very hard to show any kind of definition in black colored cloths without them.) However, these high and low lights are not meant to represent the kind of fabric the outfit is made out of.

When translating an outfit decisions about where seems go, and specific details have to be made without much help from the source images as often they are not a detail that is shown. However, with this particular outfit, since it is so close in design to Leia’s Bespin Vest outfit using the details from that outfit for Leia’s Flame Vest would work well.

The Bespin outfit the Leia wears in TESB is made out of Crepe de Chine silk, it seems likely that this outfit too would be made out of a similar fabric. Avoiding shiny fabrics is a good idea, shiny fabrics are rarely used in Star Wars.

It is also important to note that when a outfit is being rendered in the drawn medium that both highlights and low lights are used to give definition to the character. (Especially in clothing that is black in color, since it would be very hard to show any kind of definition in black colored cloths without them.) However, these high and low lights are not meant to represent the kind of fabric the outfit is made out of. 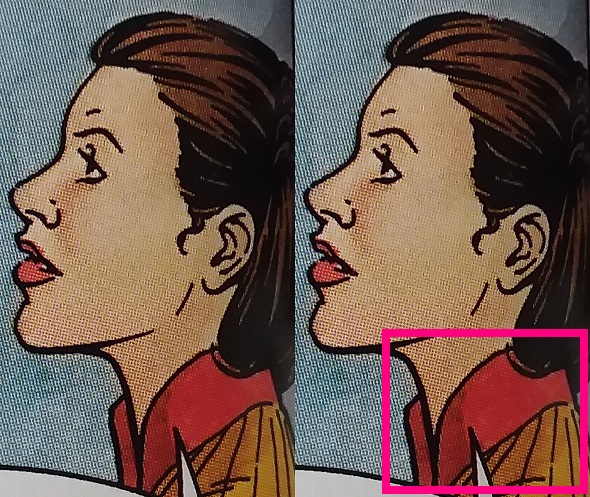 The Yoke of Leia’s Flame Vest is burnt sunset yellow, the the yoke is similar is proportion and construction to Leia’s Bespin Vest. The soft diamond shape appears in the front and back of  the yoke on Leia’s vest is the same in both Leia’s Flame and Bespin Vests. 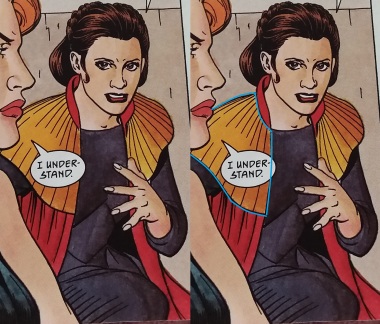 The arm howl for the vest ends roughly around the top of the elbow, the arm opening appears to be oval or circular. Like with Leia’s Bespin Vest, the vest likely falls to around Leia’s ankles. 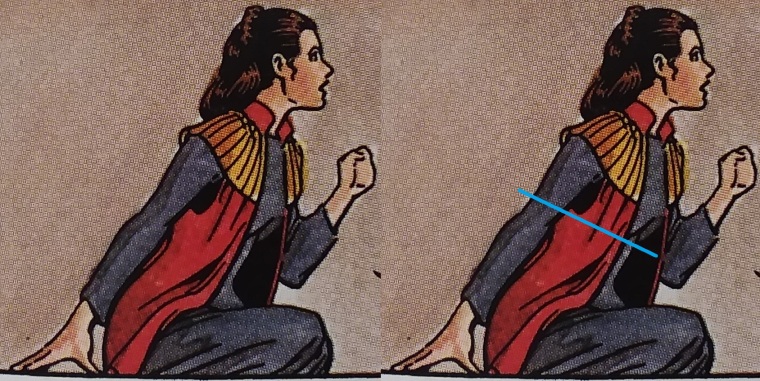 The neckline for the dress that Leia wears with the Flame Vest has a boat neckline,

The sleeves of the dress are strait sleeves, with a cropped length, they are longer then 3/4, however, they are not full length sleeves.

The skirt of Leia’s dress is sleeted or gathered, the dress falls most likely to her ankles, the dress also appears to have an A line or slightly wide skirt. It appears that Leia is wearing a fabric covered leather diamond shaped belt similar to her Bespin belt. However, it also appears that the waistline for this dress is a V shape where the gathered skirt it attacked, the bodice appearing to be fitted similarly to the Bespin tunic.

Leia’s hairstyle that she wears with her flame vest is simple, and almost a combination between Hoth Leia hair and Bespin Leia hair. her hair has no part and instead is pulled back, a crown braid runs over the top of her head and the rest of her hair is left to hand down in a soft looping bubble that just touches her shoulders.

Clearly Leia’s Flame Vest is inspired by Leia’s Bespin outfit, however, there are also some similarities to some of Padmé’s costumes that are featured in the prequels. These comics came out before the Prequel Trilogy so the similarities to this outfit from the Prequel’s outfits is more coincidental. However, it also attests to the fact that the artist had an eye for what would be appropriate for Star Wars fashion. 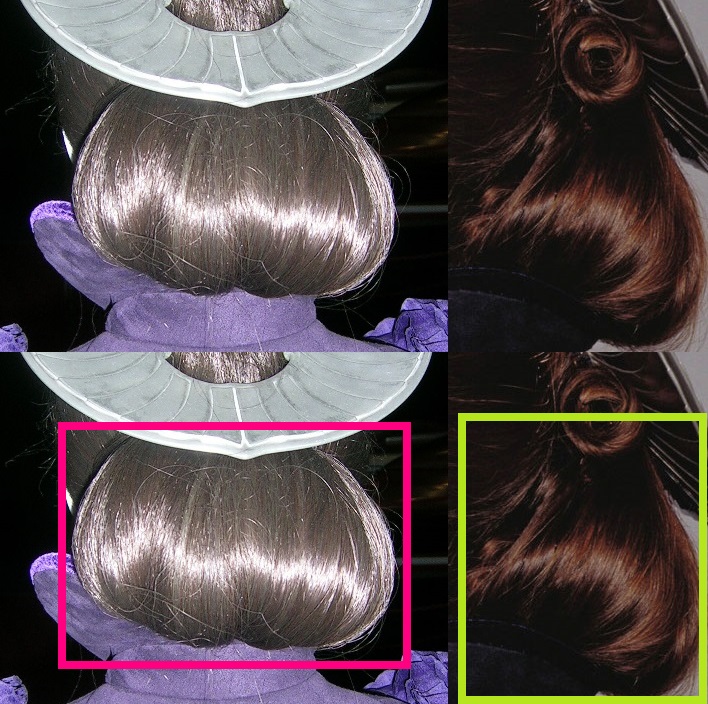 The Hairstyles that Leia wears with her Flame Vest Outfit, has a similar back to the lower half of Padmé’s Purple Senate Outfit from ROTS. The looped over bottom part of the hairstyle has a similar shape and volume.

Leia’s Flame Vest, is very similar to the Bespin Vest she wears in The Empire Strikes Back. The collar and yoke are similar in construction, as well as shape and proportion.